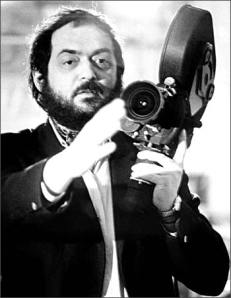 For every movie that makes it to the big screen there are hundreds of other projects or ideas that never reach production, let alone an actually release. Budget issues, lack of major star power, legal conundrums, constant script rewrites, political strife with major studios, whatever the reasons may be, there are countless cases of potentially major films that never see the light of day.

Recently I read an article about Michel Gondry’s (one of the more interesting directors working today) proposed next project falling through. Set to direct an adaptation of Rudy Rucker’s novel, Master of Space and Time, a story that chronicles two mad scientists quest to control time, Gondry has supposedly moved on thus leaving the film’s future questionable.

The story is supposedly prime material for Gondry’s knack for surrealism and interests in bending the line between dreams and reality. Still the film, at least Gondry’s version, seems destined to join the long list of films you’ll never get to see. Below is a short-list of what I feel are some of the best examples. Some are projects that were simply too big or problematic to be completed. Some are alternate versions of pre-existing classics. All have gone down in history as some of the best films never made.

Kubrick’s Epics
Steven Spielberg once said in an interview that he was shocked that Stanley Kubrick passed away at 70 because he had expected the director to make his magnum opus well into his 80s, similar to Japanese great Akira Kurosawa’s late masterpiece Ran. The truth is Kubrick had been toying with a number of potentially epic films throughout his career, most notably a grandiose and highly detailed biopic of Napoleon Bonaparte with Jack Nicholson set to star. The film was originally to follow 2001: A Space Odyssey, then later during the time between The Shining and Full Metal Jacket but somehow never developed. Many speculate that the film’s scope and more importantly its budget was just too big. Some believe the coinciding release of the epic film adaptation of Tolstoy’s War and Peace and the film Waterloo played into the projects delay. Others believe the major studio system shot the idea down.

What little is known about the project comes from Kubrick’s estate, which featured countless articles, books and roughly 25,000 note cards chronicling day-to-day happenings of France’s notorious tyrant. Rumor has it Kubrick even had ties with the Romanian army, which was going to lend the ambitious filmmaker roughly ten thousands soldiers for extensive battle sequences.

It’s possible that Kubrick spent much of his life dwelling on this one project. Add this to Kubrick’s original vision of A.I. Artificial Intelligence (another project he supposedly worked on for much of his life) and a proposed Holocaust film calledThe Aryan Papers that was scrapped around the same time as Schindler’s List and you have a director who still had some tricks up his sleeve before his untimely departure.

Tackling Cervantes
One of the most fascinating film projects that failed to launch on a number of occasions was the adaptation of the Spanish literary giant Don Quixote. Following Citizen Kane Orson Welles was attached to the project and actually shot a great deal of footage but the project eventually fell through due to Welles’ reliance on independent filmmaking and the death of the film’s star. Welles continued editing the film throughout his lifetime and was supposedly set to complete the film before his death in 1985. Unfortunately much of the footage was eventually lost and what little was left was released in the early 90s as an incomplete version of the film directed by smut filmmaker Jesus Franco. (It should be noted that Welles was notorious for having countless other projects under way during his career. Another notable example was a proposed adaptation of Joseph Conrad’s Heart of Darkness, which was later loosely adapted by Francis Ford Coppola in Apocalypse Now)

In 2000 director Terry Gilliam took on the Quixote tale and added his own modern twist. The project entitled, The Man Who Killed Don Quixote, eventually crashed and burned due to countless obstacles during the production, including, yet again, a serious injury inflicted on the film’s star. At the time the film boasted to have one of the largest budgets of any film shot in entirely in Europe (roughly $40 million) and Gilliam had admitted that it would be his most ambitious project to date. In 2002 a fascinating documentary, Lost in La Mancha, was released chronicling the film’s rise and fall.

More Terry Gilliam
The Man Who Killed Don Quixote is just one of many films that Gilliam failed to complete. His most recent effort, The Imaginarium of Doctor Parnassus was put on hiatus after the unexpected death of its star, Heath Ledger but is not back on board. Gilliam once tackled another literary opus, The Tale of Two Cities, originally with Mel Gibson (he dropped out to direct Braveheart) and then Liam Nesson (not a big enough star according to the studio) on board to star. Ultimately the film fell apart due to conflicts with the studio financing the project (money has never seemed to agree with Gilliam’s creativity). During the early 90s he twice attempted to get Alan Moore’s monumental graphic novel Watchmen made into a film and was J.K. Rowling’s first pick to helm the first Harry Potter film, The Philosopher’s Stone. Fans of Gilliam might also be interested to know that he’s long had a script for a Time Bandits sequel floating around, another possible classic destined to go to his grave

From Star Wars to Dune to Blade Runner
Often times films shuffle around the creative players with projects often going through multiple scripts and different visionaries. George Lucas had always expressed his admiration for surrealist David Lynch, particularly his film Eraserhead, and at one point tried to woo him towards the director’s chair of Return of the Jedi (originally titled Revenge of the Jedi). Lynch instead ended up taking the helm of another sci-fi epic, the adaptation of Frank Herbert’s Dune.

Dune itself went through many different incarnations. In the 1970s epic filmmakers David Lean (Lawrence of Arabia) and Alejandro Jodorowsky were both set to take on the novel. Jodorowsky was very close to making a version starring Mr. Orson Welles, Mick Jagger and, get this, Salvador Dalí as the emperor. If Jodorowsky’s version would have gone through it is said Pink Floyd would have provided music for the soundtrack. Later in the 80s before Lynch finally took the reins Ridley Scott was attached to direct (he would go on to later direct Blade Runner and Alien shortly after).

The Best of the Rest
Dalí Disney Project: Around the same time painter Salvador Dalí was collaborating with fellow surrealist filmmaker Luis Buñuel and Alfred Hitchock he began storyboarding an animated short film for Walt Disney entitled Destino. The film remained as just that–a vision and a collection of drawings and test animation footage–until 2003 when it was finally completed by a group of animators with the blessings of Roy Disney for use in the never finalized Fantasia 2006. NOTE: The film was eventually released for film festivals and briefly played before the filmCalendar Girls during its theatrical release. The original Dalí incarnation will never truly be imagined on screen though.

Stalingrad: Italian Spaghetti Western auteur Sergio Leone was hard at work at the end of the 1980s on a film chronicling the siege at Stalingrad during World War II. With a supposed large budget of over $100 million, half funded by Americans, half by Russians with Robert De Niro in line to star, this project might have been Leone’s final epic masterpiece.

Kaleidoscope: Hitchcock’s Darkest Film: After Alfred Hitchcock hit a low point in the mid 60s after his film Marnie failed to capture the same suspense as previous endeavors he began work on a radically different script about a violent killer who dabbled in necrophilia. Much to the dismay of studio execs Hitchcock wanted the film to be shot from the POV of the killer, he was keen on utilizing more experimental or “European” filmmaking techniques, and also planned for an elaborate death sequence involving an acid bath. The 60s title was originally Kaleidoscope, however, after the film failed to get a go-ahead from any studio, despite Hitchcock’s plan to film with a miniscule budget, aspects of the story were eventually fleshed out a decade later on screen in 1976s Frenzy.