Week 12: Rock and Roll is Here to Stay

Music has the magical ability to link with personal experiences and be burned into your psyche forever. Musical deja vu is a beautiful thing and for me, it is something that I always try to explore. What is it about certain songs that make them stick with you through life? How do songs, albums or even snippets of lyrics cling to people, their memories and experiences in life? Through this project, which I will update on a weekly basis, I hope to explore the musical moments that have stuck with me over the years and get to the essence of what makes them memorable. It’s a chance to explore my old (and new) favorites and hopefully shed a new light on what makes them so unique. 52 weeks, 52 moments in music that shaped who I am today. 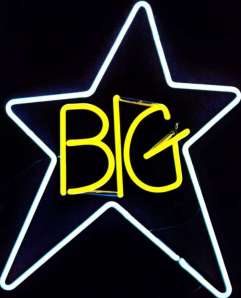 Martin Scorsese’s masterful documentary, “No Direction Home,” chronicling Bob Dylan’s ascentfrom his early Minnesota roots to his electric rebirth in the late 60s, gives fans of Dylan a rare glimpse into the music that Dylan was influenced by. Combined with Dylan’s own personal memoir of the time, “Chronicles: Volume One” shows the musical cartography of how Dylan’s sound was born.

It’s comforting to hear a musician talk about his or her idols. It takes them down to the listener’s level, reminding us that they, too, were once and are avid fans of music. Discovering the musical influences of truly inspired musicians is one of the many joys of carefully listening to music. Art imitates art. Some musicians seem reluctant to trumpet their idols, others come right out and say it. It’s one thing to be turned on to a band or artist by a friend, it’s entirely more satisfying for a song to accomplish this feat.

When I first discovered The Replacements, through a completely fulfilling survey of its trifecta of masterpieces–Let It Be, Tim, and Please to Meet Me–one song caught my attention for its unapologetic hailing of one of lead singer Paul Westerberg’s musical heroes, Big Star lead singer Alex Chilton.

Please to Meet Me’s second track, simply titled “Alex Chilton,” explodes into action with crisp snare drum notes and barroom guitar riffs. What follows is more than a simple ode or homage to Chilton, it’s a sermon of praise for an artist that before hearing this song I was completely unaware of.

Well, this is not entirely true.

During one verse of “Alex Chilton” Westerberg describes Chilton as an, “invisible man who can sing in a visible voice,” a fitting and painfully truthful description of one of rock and roll’s most unsung voices.

Big Star was ironically never a big band. It released only three major records in its 1970s heyday,none of which made much of a splash. It managed to maintain a cult-driven legacy since then, elevated recently by Chilton’s untimely death last March.

The band’s song “In the Street” found a second life when power pop band Cheap Trick covered it and it was eventually was used for the opening credits of Fox’s television sitcom “That 70’s Show.” Beyond that, it’s safe to say that most people don’t know Big Star.

Thanks to Paul Westerberg I can happily add Big Star to my growing list of the essential pioneers of rock and roll.

It’s fitting that Westerberg, a gifted lyricist with a penchant for writing songs that bring to mind the joys of youth, was drawn to Big Star at a young age. Alex Chilton and band also excel at writing great rock and roll for rock and roll’s sake. It crafts classic love songs that never tread on being overly sentimental but rather feel nostalgic of the times when the word love and the grasp of how big life is, in general, was thought to be understood but not always fully.

Take Number 1 Record, It opens with “Feel,” a rip-roaring plea to a girlfriend who is toying with its character’s emotions. On “The India Song” Chilton fantasizes about escaping the mundane for love, luxury and endless gin and tonics in a mystically portrayed India. “Give Me Another Chance” plays out out like an apology, or rather a plea to be forgiven and taken back for actions that may or may not be unforgivable. Chilton and band mate Chris Bell write innocent love ballads that hearken back to the days of drive-in-movie dates, school dances and the pursuit of meaningful but often naive love.

Number 1 Record’s “Thirteen” is widely considered one of Chilton’s best songs by fans and for good reason. The song has been gorgeously covered by the likes of Elliott Smith and Wilco’s Jeff Tweedy, singers who, like Chilton, reserve chillingly soft-toned vocals for the song.

The aforementioned innocence of youth is at the forefront on “Thirteen.” The song brings to mind the nervousness of having a crush and the downright fear that comes when it’s time to ask for a date (subtly emphasized with the music’s gradual increase in tempo throughout the song’s duration and Chilton’s slightly reluctant delivery of its last verse).

Won’t you let me walk you home from school?

Won’t you let me meet you at the pool?

Maybe Friday I can

Get tickets for the dance

And I’ll take you.

Tell him what we said about “Paint it, Black”.

Come inside where it’s okay

And I’ll shake you.

Won’t you tell me what you’re thinking of?

Would you be an outlaw for my love?

I won’t make you.

Lyrics aside (and make no mistake, these are some of the best lyrics ever written–simple, to the point and utterly unforgettable), “Thirteen” is a lasting effort thanks to Chilton’s beautiful vocal performance and his gentle acoustic guitar picking.

It name-checks The Rolling Stones’ “Paint it Black” not so much as an homage to a specific idol but rather as homage to rock and roll’s early days when the music presented teenagers an escape.A song like “Paint it Black” must have brought a level of fear to parents or people who hadn’t yet jumped on the rock and roll bandwagon. For those who enjoyed its dark undertones it was something new and unique to rebel to.

“Thirteen’s” most impressive feat is that it has the ability to make the listener yearn for these days, back to a time that was much simpler.

I never travel far, without a little Big Star

Big Star’s music can be enjoyed anytime, anywhere. It’s perfectly crafted rock and roll. You can fall in love with its songs like you fall in love with sentimental cuts from The Beatles’ canon or say Simon and Garfunkel. Since I was fortunate enough to discover it I regularly return to its records. “Thirteen” is a song that makes you pause and remember; to recollect the past.